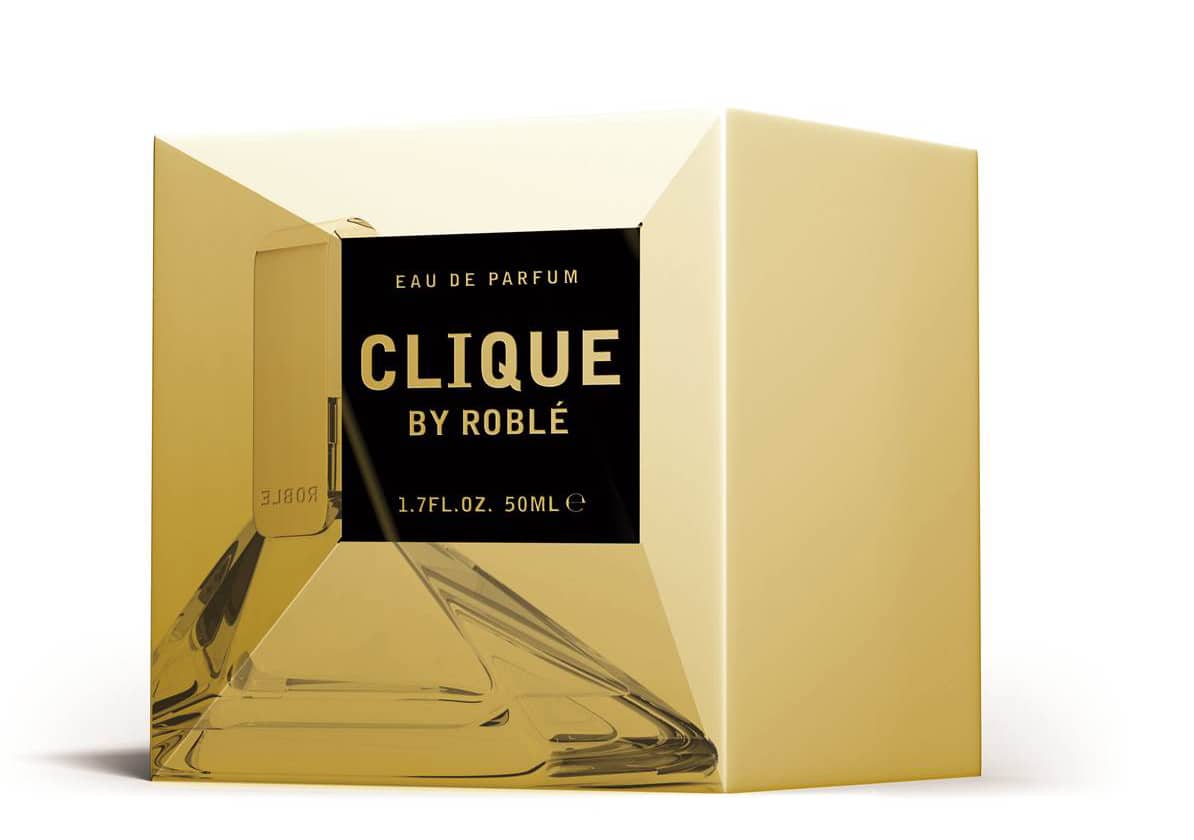 From our friend, Chef Roblé Ali:

New York, NY (NOVEMBER 13, 2013) – The unique women’s fragrance collaboration between television personality and celebrity chef Roblé Ali and top perfumer Frank Voelkl of Firmenich has resulted in two final “fragrance recipes” that will compete to be chosen by the consumer as the final CLIQUE by Roblé perfume, Ali’s first women’s fragrance that will hit beauty counters and department stores nationwide in the spring of 2014.

“For close to a year, Frank and I have been working on our Fragrance Recipe,” said Roblé. “Finding the perfect balance to incorporate scents from some of my favorite culinary works required a lot of fine-tuning and multiple trials. It started with the idea of developing an irresistible fragrance recipe that could maintain the freshness of a citrus cocktail on top with an alluring and sexy dessert base containing notes from one of my favorite dessert creations – “French Toast Crunch,” the star of Bravo’s Chef Roblé & Co. added.

All the hard work has resulted in two very distinguished finalists. “With the similarities between the culinary arts and perfumery, this is actually the first ever ‘Fragrance Recipe,’ and we knew that selecting the winner deserved a different and unique approach,” Roblé stated.

Rather than the relying on traditional focus groups or “the experts” to pick the winning recipe, Chef Roblé will invite more than 100 female fans to have the final say at an exclusive preview in New York City on December 7th, 2013, where select consumers and invited media will get to sample both scents and vote to decide which one will go on as the chosen CLIQUE by Roblé fragrance.

During the private event, fragrance enthusiasts will join Chef Roblé to smell and test the competing fragrances, and signature Roblé & Co. food and cocktails will also be served. Guests will judge each fragrance upon immediate smell, and will then be asked to wear samples of each for up to an hour to compare how the scent smells when it is actually worn.

“Wearing and living with the fragrance recipe during an event is a real life test. This is how to distinguish what’s better and what’s BEST! I can’t think of a more appropriate way to pick the final scent from the two great fragrances we’ve been working on for so long,” Roblé continued.

The event will be held on Saturday, December 7th from Noon – 3 PM in Manhattan, NYC at an undisclosed location.

If interested, you can enter the contest and register at:

The winning fragrance recipe will be launched as CLIQUE by Roblé in the spring of 2014.